A Christmas card from Argo One Productions.

Parents guide: Harry swears. A lot. It’s all bleeped, which older kids will (hopefully) find funny but which some parents may not like for younger kids, even with the bleeping. Harry also chomps on an unlit cigar. 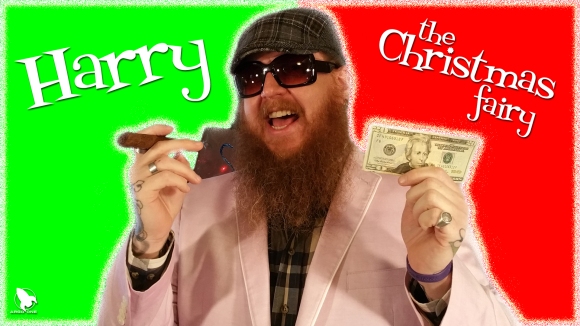